Prior to founding malibu mamas™, inc in 1988 and Hometown Nannies+ in 1992, Jayne Ehrlich was a teacher, a counselor and a writer. She is a member of the Writers Guild of America West. She graduated from the Bronx School of Science in New York University, has a degree in English from New York University and a Masters in counseling from Goddard College.

malibu mamas™, inc. was named a “Best USA Agency” by W Magazine in 1998, and was featured in In Style magazine and received mentions in Town & Country and Newsweek while also in development as the basis of a television sit-com. 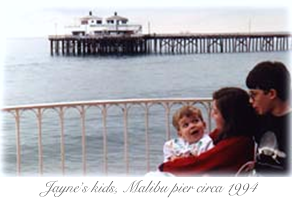 As an educator and mother, Jayne knows that each family has very specific domestic needs. She seeks candidates she herself would hire. Requirements for domestic applicants are stringent, screening is thorough, and each applicant meets with Jayne — at least twice. Client families receive a comprehensive file on each domestic candidate and two interviews are required.

For more than 34 years, Hometown Nannies+ has placed thousands of world-class baby nurses, nannies, governesses, housekeepers, couples, cooks, valets, household and estate managers, companions and cnas, personal assistants, and more. Hometown Nannies excels in the placement of special-needs nannies and is a member of the National Association for the Education of Young Children (NAEYC). Hometown Nannies Plus has been called the “agency antidote,” and more than half of its clients are referred by client familes.

Although her client list is confidential, Jayne reveals that three of her first jobs were to find: party staff for the late Frank Sinatra; an upstairs maid for the late Miss (Anne) Bancroft; and an Italian-speaking, baseball-playing manny for the family of a major movie star. “And that was just the beginning.” she notes.

Jayne’s 34-plus years of recruiting experience, screening expertise and boutique service have ensured successful staffing for the most discerning homes, both locally and globally.

5 Reasons to Call Hometown Nannies Plus:

Hometown Nannies Plus offers support/referrals for:

“Thank you again for all of your help, hard work and due diligence. You are in a class by yourself.”